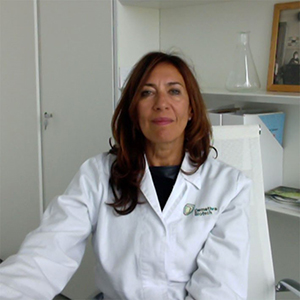 After graduating in Pharmacology from Padua University, Elena Sgaravatti worked for 20 years in pharmaceutical multinationals such as GSK, in areas ranging from business development to strategic marketing. Until June 2016, she was CEO of IRB SpA (Istituto Ricerche Biotecnologiche), a biotech company to which she gave a new lease of life in 2009 on joining as General Manager, and which was subsequently acquired by Croda Int. in 2012. The holder of 8 patents for inventions in the field, Sgaravatti is Coordinator of Assobiotec-Federchimica’s Working Group on Food Biotechnologies. She is also a member of the association’s board and sits on the academic committee of Modena’s Medical Biotechnologies University. Sgaravatti is today CEO of Demethra Biotech srl.

All speakers All events

WITH THE PATRONAGE OF